Virginia Chihota’s work explores black female subjectivity and the notion of ‘belonging’ as a form of cosmopolitanism. Across printmaking, drawing and painting, she suggests novel ways to think about dislocated subjects, domesticity and shifting identities. Born in Zimbabwe, Chihota has lived in Libya, Tunisia, Austria and Montenegro. Her itinerant experiences shape her work and her sense of self. She describes her practice as a ‘reflection on self-discovery in constantly changing circumstances’.

Introspective in nature, Chihota’s work is deeply influenced by personal experiences – landmark and everyday. In a reflection on intimacy and the human figure, she has addressed themes such as childbearing, childrearing, marriage, kinship, bereavement and faith. Bhai bhai dhirezi handikanganwe is a poignant homage to Chihota’s deceased mother, and to motherhood. The large monoprints depict single figures caught within womb-like shapes, the female form blending into near abstraction, and bodies caught in strange embraces evoking a figural union; along with an iconographic repertoire which points towards the domestic whilst emphasising connectedness. Chihota takes us on a journey through time, and space, and evokes, through warm colours and fleshy textures, the feeling of comfort, safety and familiarity of her childhood home and her mother’s guiding presence. Chihota’s mother’s house, where the artist was born, appears in the work too: its window guards and garden leaves are recurring motives in many of the prints. The artist fondly recalls it as a site where discursive and intimate conversations with her mother took place, and further elaborates on the link between place, memory and intimacy.

At once mundane and transcendental, rife with allusions to everyday life, and religious and folkloric symbolism, her large works on paper display a raw, expressionist verve and a striking grace in the elaborate use of patterns, textures and layers. Having trained as a printmaker, Chihota’s use of screen-printing is as confident as it is original. She mixes printing techniques with drawing to produce unique works of striking formal complexity. Chihota’s work highlights the ways in which the female agency disrupts borders and activates concerns around different forms of belonging. Subjectivity emerges as a concept embedded in notions of interrelatedness. 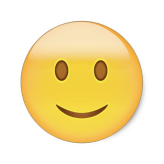