Nigeria is a rowdy place of conversation and nowhere more so than in its vibrant print and digital culture; from twitter to the pages of bellanaija – it’s a place of comments galore, but scant objectivity, at least this is the view of The Republic, a journal that aims to change the way Nigerians think about themselves and their country. It’s a bracingly new voice in the public sphere – with an expressly strident commitment to in their own words, “restoring the importance of serious readership in Nigeria, and the dignity in studying Nigeria and its place in the wider world”.

It’s certainly true that public discourse in and about Nigeria is more often shaped by rumour than by proven facts, witness the recent speculation that the incumbent president Muhammadu Buhari is dead and was replaced by a Nigerien clone. It was an outlandish speculation, but only one extreme of an environment where rumours and misconceptions persist about the bewildering array of diversity, interests and issues in the continent’s largest country – with scant space for disinterested dissection of its issues. It’s this erudite but disinterred space that Lawal’s journal aims to occupy. Surprisingly, The Republic is not a charitable venture.  Its founder Wale Lawal, currently the Ooni Ogunwusi research fellow at the University of Oxford with degrees from The University of Bath and The London School of Economics,  takes the view that the publication can offer thoughtful reflection and ultimately be sustainable in a media market dominated mostly by gossip blogs and family-owned legacy publications.

It was founded initially as a digital platform – with eye-catching design and diligently edited content, and self-consciously positioned in the space of cerebral but accessible publications such as The Economist, Prospect Magazine that offer to help their readers make sense of the world. Its latest editions are also available in print. Does The Republic have similar global ambitions to comparable publications? It’s too soon to say, however, the editorial strength of the publication and the range of topics it covers suggests it; if it is successful, it wouldn’t be the first cerebral publication out of Nigeria, but it may be the first successful one. The journal has gathered an impressive array of contributors since its inception; mostly millennial Nigerians of a certain ilk, educated in UK institutions but with firm links to Nigeria. A few of them with established publications themselves.

Before founding the journal, its founder, Lawal made a name for himself as a wit on Nigerian twitter, notably with the hashtag #NigeriansAtHogwarts which got the attention of popular culture blog, OkayAfrica, and Nigeria’s learned twiterrati. The Republic seems a growth of that instinct to explore Nigerian-ness as Lawal said in the interview at the time. “I’ve always been interested in what Nigerians think about being Nigerian. Nigerianness, Nigerian isms, the various nuances of the Nigerian experience, those are all extremely important to me. And so, more than a discussion, I was aiming for a revelation. I wanted to see more of myself… to consider the notion that Nigeria is part of the universe in its own right.” 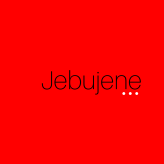 Posts marked Jebujene are by the editorial team of Jebujene, a magazine from The Black Atlantic, focused on Creative Economy, Historical Memory and Popular Culture.