Uber, the US transport giant recently celebrated four years of operations in Lagos, Nigeria’s commercial capital. In the short time it has been operating it has revolutionised the way Lagosians conduct their daily lives. Lagos is a city notorious for its traffic; despite being a relatively small and dense geographic area, journeys from one part to another can take on epic proportions, making every journey a heavy exercise in cost-benefit analysis. Unique though it is, Lagos is emblematic of many cities in Africa. Uber’s entry and dominance was aided partly by aggressive pricing that helped it quickly established a foothold in a fragmented market dominated by yellow taxis, motorcycles, and rickety mini-buses. These still exist and remain the main way most Lagosians get around, but for those who can afford it, and occasionally those who can’t, Uber and a number of later entrants into the market like Taxify, have become a byword for ease and convenience, if not always brilliant and polite service.

Lagos is only the largest of the African cities Uber has entered and earmarked for growth; it currently operates in fourteen other African cities, four in West, East and Southern Africa, and three in North Africa. But while its emergence has been great for some commuters in cities like Lagos, where transport infrastructure is both fragmented and unpredictable, others worry about transport solutions dominated by private firms driven by the need to make profits for shareholders. Mark Wilding writing in the UK’s Guardian newspaper’s cities blog shared that cities in the US may have experienced an impact on their public transport systems, with fear of potential disinvestment as residents chose private transport solutions over public systems. In cities like Lagos, it’s more likely citizens should be concerned about government’s who have started thinking about transport as public infrastructure losing interest in those goals; as has happened in the past, the conveniences of the elites might be at the cost of comfort for the masses. Yet, so far, in contrast to its presence elsewhere, Uber and its competitors have been very welcome additions to the transport mix in Africa, at least for consumers. Its relationships with drivers have been much more fractious; in May this year, Pulse Nigeria reported that Uber drivers in Lagos, declared a strike in protest at the company’s aggressive price cutting whilst retaining their own 25% commission. Uber’s price cuts and strike were prompted by the reduction of competitor, Taxify; both companies are engaged in an aggressive price war for the pockets of Lagos’s commuters. Yet while, Uber remains the more aspirational brand, Taxify’s own aggressive entry into the market has seen it capitalise on a reputation for speed, more access to drivers, and a lack of stuffiness.

Who will be King

The jury is still out on which one of the ride hailing services will win out in Lagos; meanwhile other African cities have notably not been on either company’s radar. Ibadan, the South-West of Nigeria’s second largest city has only recently started being served by Taxify. It’s a move that as Quartz reports has seen it overtake Uber as a provider of transport in African cities. It’s a more expansive strategy than Uber’s, which is focused on the big market cities of the continent. Nevertheless, in both cases, their expansion is being driving by investment capital that’s betting on breaking even in the long run; how long such investors will be willing to swallow generous price cuts to capture the hearts of consumers in African cities remains to be seen. 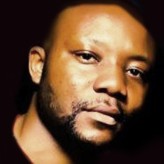